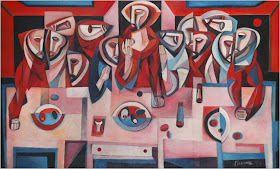 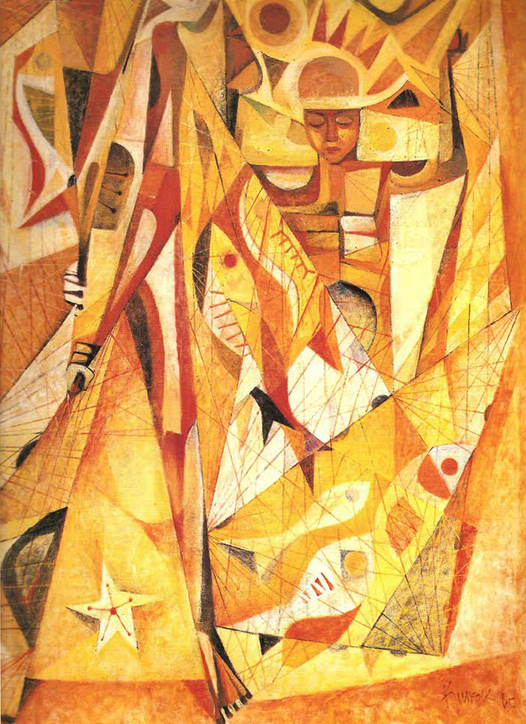 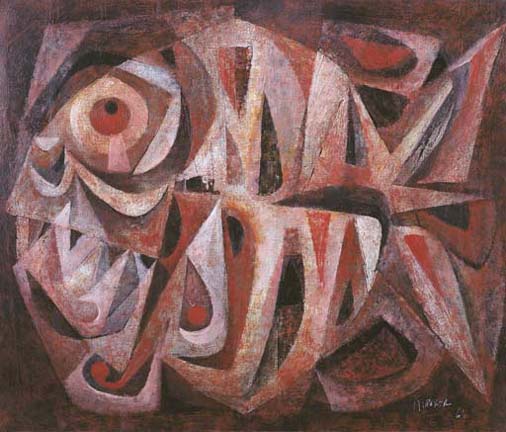 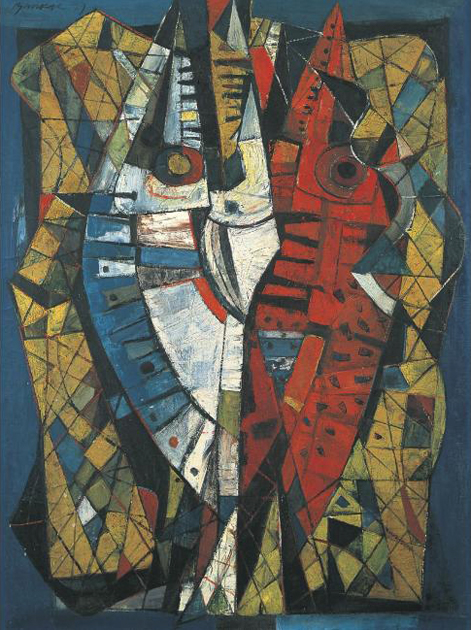 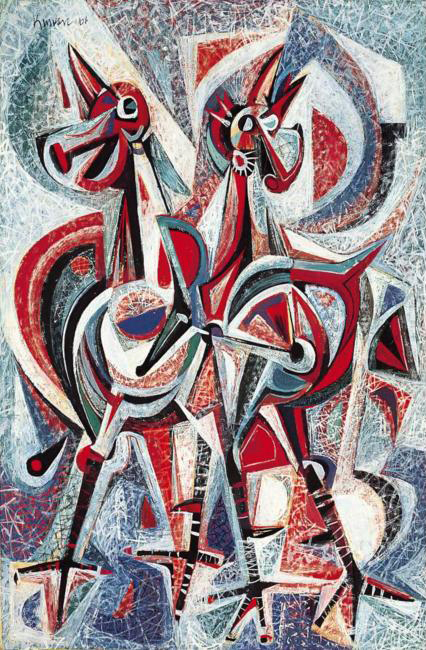 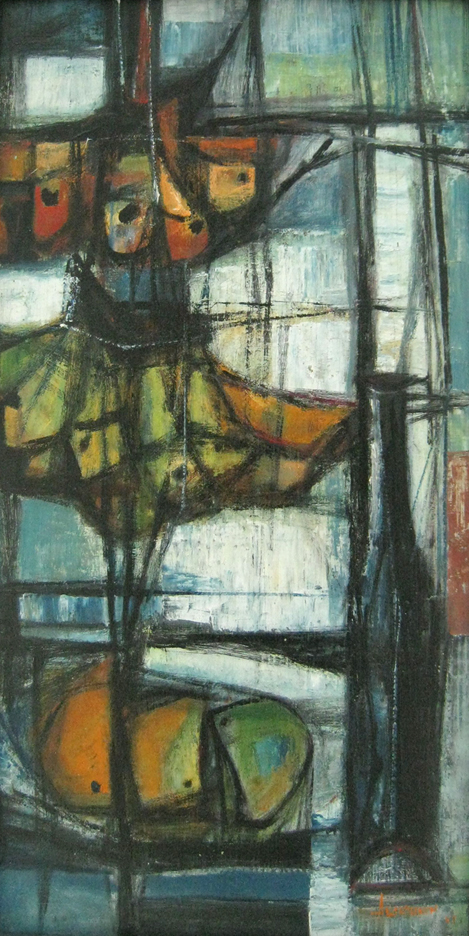 Ang Kiukok (1931-2005) was a leading Filipino Modernist artist. He studied Fine Arts at the University of Santo Tomas from 1952-1954. He attained prominence in the Philippine contemporary art scene in the 1960's.  His style was a fusion of cubism, surrealism and expressionism and the subject matter of his pieces were often dark and downtrodden. He was named a "National Artist of the Philippines" for visual arts in 2001. His paintings are highly sought after and have been auctioned off at both Sotheby's and Christie's. His art has even been featured on apparel as part of Freeway Clothing's "National Artists Collection".
at 12/15/2010
Share