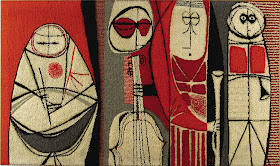 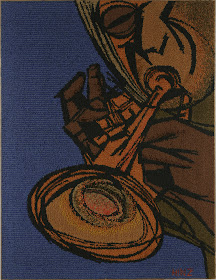 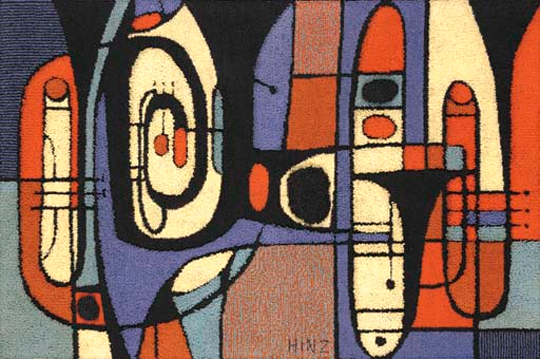 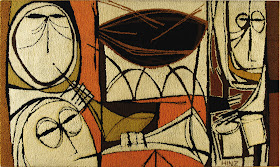 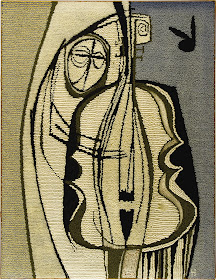 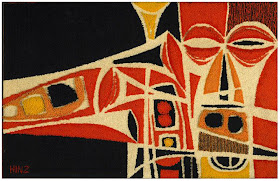 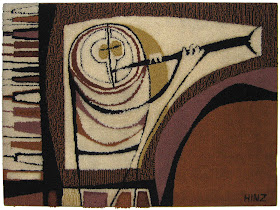 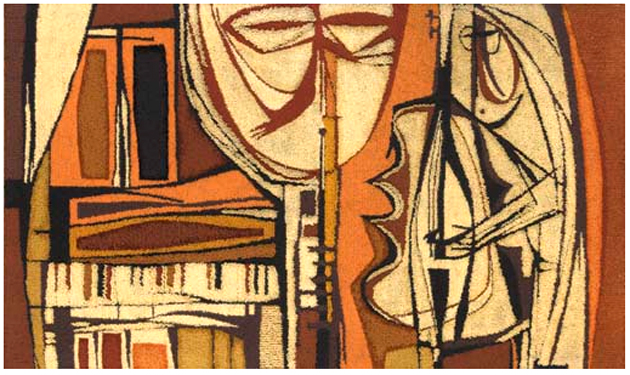 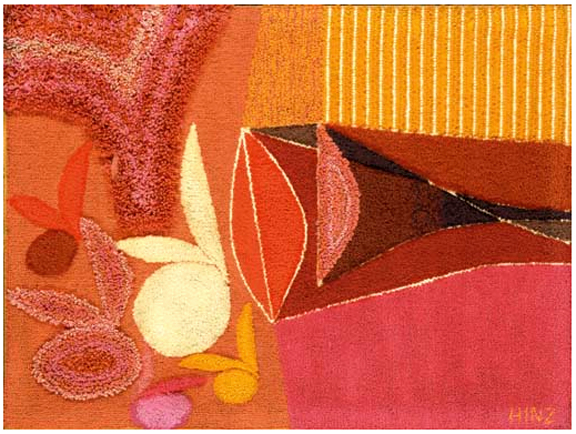 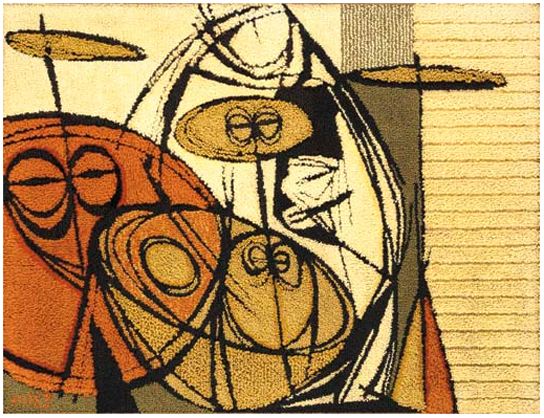 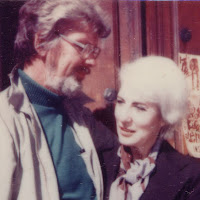 Though I am not a big fan of tapestries, I have to say these hooked wool pieces by Bill Hinz are fantastic. The pieces above that incorporate musicians graced the walls of the legendary Playboy Clubs. Bill was commissioned to produce nearly 50 pieces for Hugh Heffner's clubs that opened in 1960.
Bill Hinz and his wife Jay met at the School of the Art Institute of Chicago (SAIC), where they both received degrees in two-dimensional design.  Bill taught for four decades at SAIC, holding various department chairs, becoming a professor emeritus.  Both Bill and Jay have received numerous awards for their work, which have been exhibited throughout the U.S. and Mexico. For more info about the Hinzes have a look at their website here.
at 12/10/2010
Share